The new advertising campaign for NLAAD is out. The campaign “We’ll Defeat AIDS Con Ganas” display the array of diversity within the Latino community while empowering each individual to take an action to defeat AIDS.

The theme of the campaign was the result of conversations among members of the National NLAAD Advisory Committee that include more than 20 representatives from around the country. Previous campaigns were tailored more towards starting a conversation around HIV. Now the campaign wants to go further; it wants people to create awareness around PrEP (daily pill that can prevent HIV) and persuade people who are HIV positive to stay in care. These in addition to promoting the HIV test as usual. 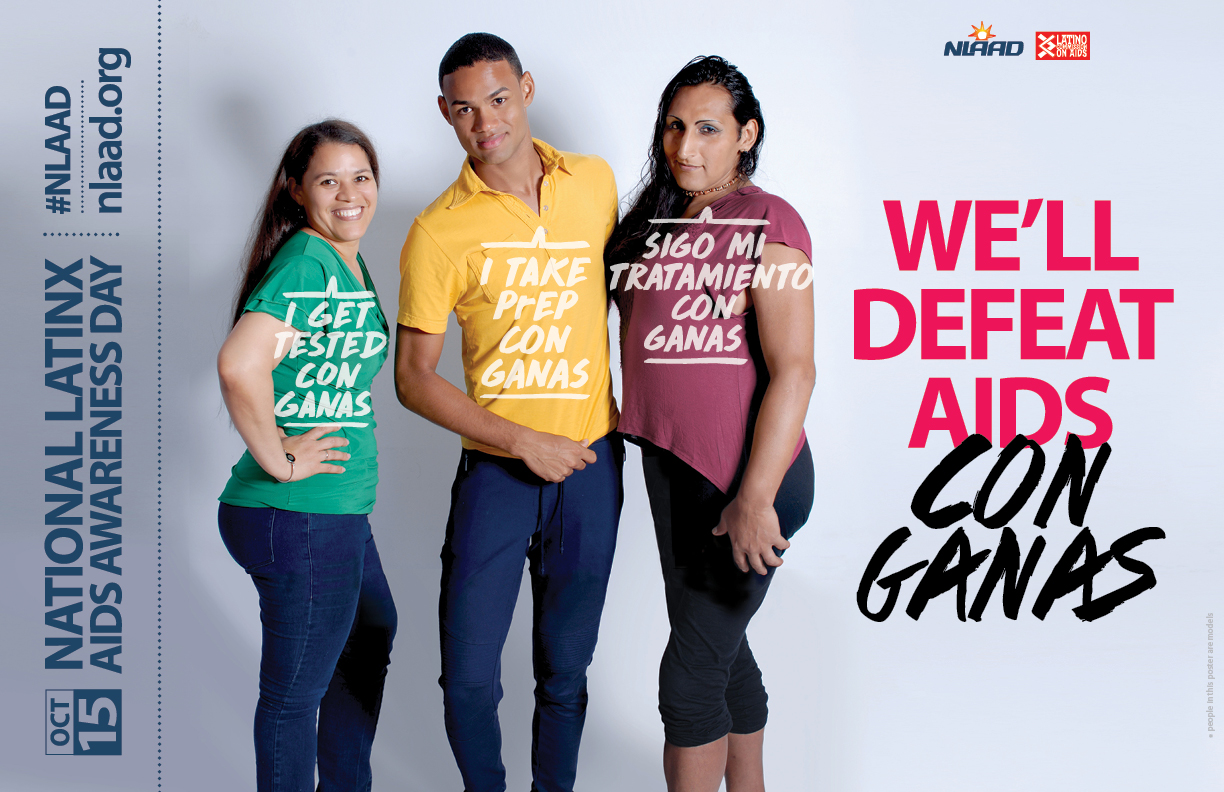 NLAAD poster 2016 shows the diversity and colorfullness of the Latino community while making a pitch to take action against AIDS.