On October 15, Latino Commission on AIDS and organizations throughout the United States, Puerto Rico and U.S. Virgin Islands recognize National Latino AIDS Awareness Day (NLAAD) by bringing attention to the impact of HIV on Hispanic/Latino populations.

In 2014, there were an estimated 255,036 cumulative AIDS cases since the beginning of the epidemic. Hispanics/Latinos account for almost 1 in 4 (24%) of people living with HIV in the U.S., despite representing only 17 percent of the national population. Additionally, for the first time since 2008, new HIV diagnoses among Hispanics/Latinos increased in 2014, as we see the impact of stigma, homophobia, transphobia creating major barriers in accessing HIV Testing, prevention, treatment, and care. Given that Hispanics/Latinos are the largest and fastest growing minority group in the U.S., address HIV/AIDS in this community is important to our nation’s health.

This year’s theme for NLAAD is “We’ll Defeat AIDS, Con Ganas”, and we invite you to get involved in creating National Latino AIDS Awareness throughout the year, you can commit to one of these actions: 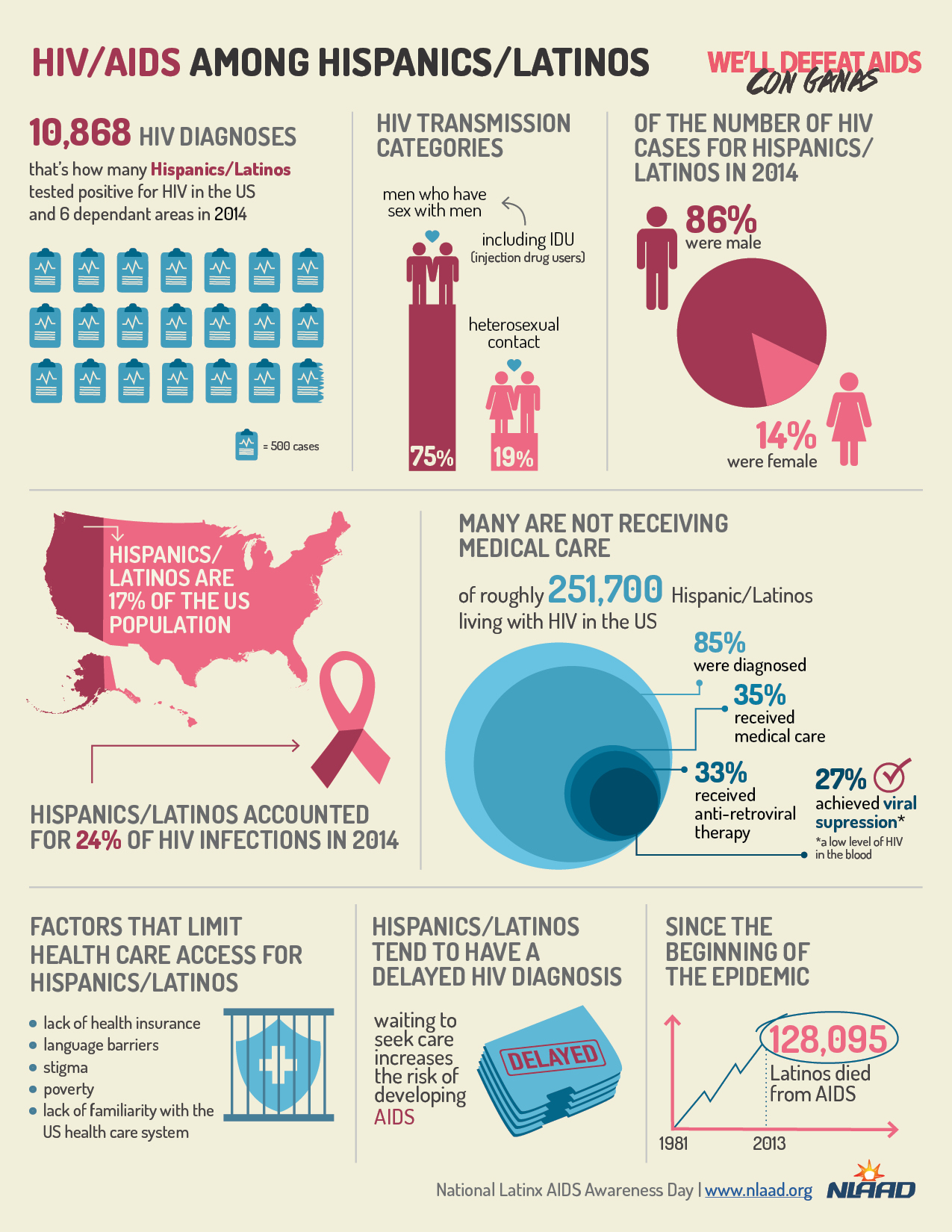